Our school house teams are named after prominent figures in Cornish history; Brunel, Holman, Marconi and Murdoch. We use the house system for a range of competitions such as sporting events, between subjects and for our reward system.

Isambard Kingdom Brunel was a famous engineer. He built bridges, tunnels, railways, docks and ships. He is considered to be “one of the most ingenious and prolific figures in engineering history.”

He designed the iconic Royal Albert Bridge connecting Devon and Cornwall over the Tamar River. He also connected Cornwall to London by building the Great Western Railway across the country.

In the early days, Holman was a blacksmith who worked closely with Richard Trevithick and others to produce steam engines.

After establishing Holman Brothers, the company branched out into all forms of mining machinery and quickly became a leading international manufacturer of drills and tools – and one of Cornwall’s major employers.

Holman rock drills were internationally synonymous with mining: winning many competitions and holding a number of mining and tunnelling world records.

Italian inventor and engineer Guglielmo Marconi (1874-1937) developed, demonstrated and marketed the first successful long-distance wireless telegraph and in 1901 broadcast the first transatlantic radio signal. His company’s Marconi radios ended the isolation of ocean travel and saved hundreds of lives, including all of the surviving passengers from the sinking Titanic.

Marconi began to work on improving his wireless for a transatlantic broadcast. After failed attempts to receive a signal from England on Cape Cod, Massachusetts, Marconi decided to try a shorter distance, from Cornwall to Newfoundland.

The birthplace of long-ranging wireless is The Lizard Penisula. The radio signal broadcast from Poldhu, Cornwall, was as powerful as Marconi’s team could make it—at full power, the equipment sent out sparks a foot long.

William Murdoch was a Scottish engineer and inventor.

Although not born in Cornwall, he is revered locally as a mechanical genius who improved the efficiency of steam engines in Cornwall’s tin mines. He was also a pioneer of gas lighting and famed for building Britain’s first working model of a steam carriage which he demonstrated in and around Redruth in 1784.

Murdoch’s major innovation was the use of coal gas in lighting as a replacement for oil and tallow.  The house where Murdoch lived in Redruth was the first house in the UK to be lit by gas lighting in 1792. 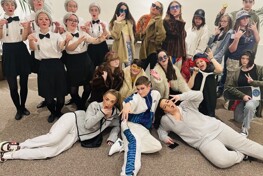 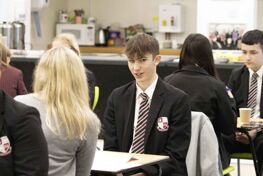 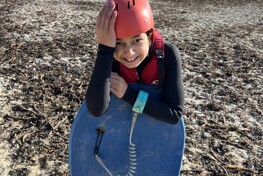